9 Reasons Why You Should Use CICD 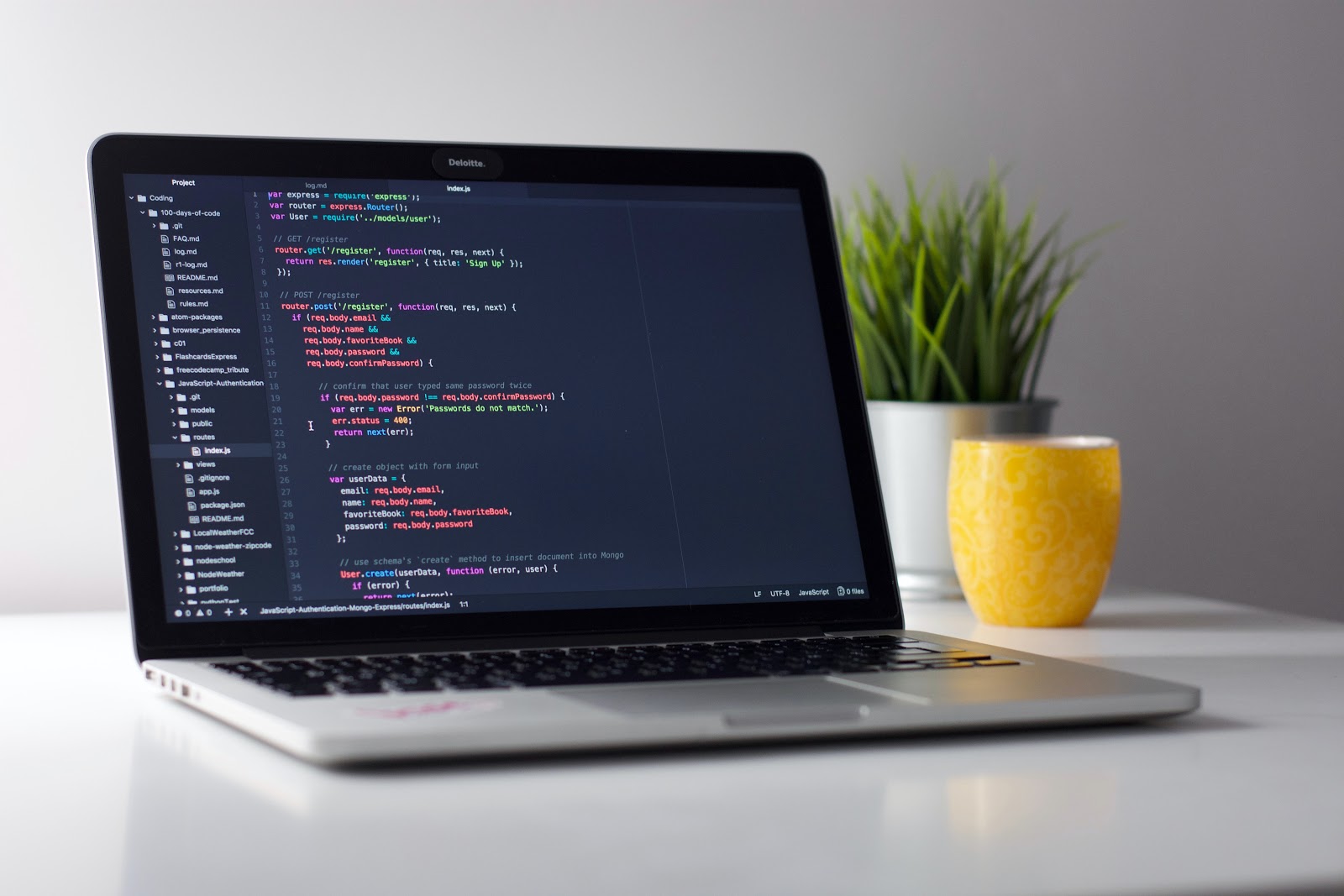 Continuous integration has become incredibly helpful and popular in the last few years. Many companies have begun to use it as a means of shipping code in minutes and making sure everything electronic is running smoothly. This has increased the general interest in CI/CD greatly.

The concept behind continuous integration is to give coders and workers the ability to continuously enter new code into one system so that the code and systems are constantly updating. This has helped move online companies and businesses with an online market or customer service center work more efficiently and more securely on the internet.

Continuous delivery is the other half of this coin that makes it so easy to receive and transport new code and data. Integration makes it easy to enter and check new code multiple times a day so your company can always improve, but continuous delivery is what makes it possible to have new code coming in and pushing your business into the next improvement as quickly and safely as possible.

CI/CD is one of the most influential changes in the business world over the last decade. The ability to be constantly changing and updating your business was unheard of just a few years ago. Here are a few of the reasons you should be using CI/CD.

One of the excellent features that come with using CI/CD is the constant testing of the new code. Programmers and coders used to have to put in huge chunks of code as quickly as possible and then deal with the inevitable bugs that come with entering that much code at once with no ability to check if it is all working together. That is why CI/CD includes testing as the code is entered.

This helps stop bugs in the system before they even start as you will be altered if some of the code is not quite right for your system. The early warning saves time and money for your business and your coders who will not have to go back and check all the code to find where the bug is. CI/CD informs them where the problem is and often stops the issue before it can even start.

Any coder will tell you that one of the most frustrating parts of coding is having to go through the whole thing to find the problem. Continuous testing has made that process much easier and quicker than ever before. The continuous testing makes sure your code is safe and correct even as it is being entered.

The continuous integration of CI/CD has many benefits. One of these includes the ability to insert much shorter chunks of code than ever would have been entered before. This makes it much easier to test the code and find any mistakes almost immediately.

Code used to have to be entered in big chunks as it was finished and written so the whole system would be able to work together. Continuous integration has made it so smaller amounts of code can be added throughout the day. You still have the whole system running together but are able to check for mistakes and fix the code as it is being entered. This saves time and makes it much easier for developers to keep up with the insane amount of code that goes into making any system run.

Developers and development teams often work in separate locations or even remotely. Being able to integrate small chunks of code and fix them as they are entered allows for developers to be able to work as a team to keep systems running smoothly even if they are far away from each other and the main system. This has made developers’ jobs much more efficient and been very helpful in helping manage a big development team.

Because CI/CD allows for much more code to be entered and checked quickly, you are also able to release new systems much sooner than you would have before. System failures are detected faster and fixed because it is easier to locate the problem among small chunks of code. This actually makes the whole process, including the release of the new system updates, go much quicker.

Of course, this increased rate of system release is only possible due to the quicker identification of problems in the code. This means that system updates and improvements and can be released quickly and frequently as long as your system is also constantly being given new code and information. The continuous update of code and information makes it simple to release more updates at a faster rate than ever before.

CI/CD is a system that is able to merge new lines of code with the old system while checking for mistakes or possible bugs. This makes it easier to release new updates with fewer mistakes. It also makes it possible to release updates one right after the other in a way that was never possible before.

CI/CD uses smaller chunks of code and checks it as the code is entered. This makes isolating any issue with the code easier than ever before. You can find the smaller chunks of code and identify where the problem is without having to sift through the entire block of code that might have taken months to type out. Everything is smaller, faster, and more efficient than ever before.

This means CI/CD has shortened the MTTR quite drastically in many businesses. Keeping disaster and problems to a minimum is always the goal in a functioning business. That is why the shortened MTTR time is such a winning benefit of using CI/CD processes.

The backlog of code that is used to make anything run smoothly and without bugs is enormous. Anyone who isn’t a developer would be amazed by the amount of code that needs to be used to make even the simplest features run correctly. That is why CI/CD is a great process not only for businesses but for the developers that make the coding and system updates possible.

There are often non-critical issues in code that are missed as developers are looking for big issues that could ruin the whole system. These are the kind of bugs that make a system just a little glitchy and slow. They are also the issues that are hardest to find in the huge blocks of code that fill the backlog.

CI/CD checks and points out these small problems as the smaller blocks of code are entered into the system. That means the small bugs can be quickly identified and fixed leaving more time for developers and testers to focus on big problems with the system instead of hunting for small, annoying bugs in the code. Having small problems easily identified so more time can be spent fixing the big issues makes system updates better and helps release them quicker.

A place where many online ventures and shops suffer is customer feedback. It is a difficult and annoying process for the customer to provide feedback and it can be difficult for the company to go through all of the complaints to find common issues. The same can actually be said for the developers themselves.

If there is a problem with the code or system it can be difficult for the developers to narrow down the issue and report it as a problem. It is also often an annoying process that developers avoid in order to avoid wasting their own time. This makes it harder to keep the systems running smoothly and know what needs to be updated.

CI/CD is a two-part system made to make it easier for both developers and customers to receive results and be able to critique the system quickly and efficiently. CI is focused on the development team so this stage is a time where developers can find problems and fix them easily. CD is the quick release that allows customers, the main users of the system update, to be able to receive and review the end product quickly and efficiently.

The quick turn around in system issues and back to back system updates make your whole customer experience run smoothly. The first few hours of a system update are crucial. In those moments the people who use your features will find any bugs and know if they like the new updates.

You never want to ruin those first few customer experiences with problems in the system. That leads to dissatisfaction and bad reviews that can be difficult to come back from. This is why CI/CD provides so much customer satisfaction immediately after a system update.

The bugs have already been checked. The issues that might have been missed with bigger chunks of code that needed to all be checked for problems at once have been solved. This provides quick updates to satisfy customers. All without the bugs that might have occured before your developers were able to check the code as they went and find issues before they arose.

Because CI/CD is catching problems early and helping developers find the bugs before they become an issue, it is saving your developers time. If time is money, as the old business adage goes, then this is a huge money saver for your company. Quicker problem analysis and a faster solving time mean your developers have more time to create and input new code.

This constant improvement of your systems and features through new code will keep your company at the front of innovation. The constant checking and solving of problems in your code will help developers start issues before they form quicker than they ever would have been able to before. This gives developers the time they might have been spending searching for issues in code to use on creating better systems.

More code and newer, quicker system updates create a better customer experience. This raises profits while also making sure you are not paying developers for solving issues that could have been found much quicker using the CI/CD system. A constantly improving system is impressive to customers. It will likely increase both customer and employee satisfaction in a way that is sure to make you and save you more money.

Every system, no matter how well checked before it is implemented, is going to need maintenance. This is true for any program or system that gets a lot of traffic and is used heavily by customers. The code and system will need to be maintained and checked regularly for new issues.

Because CI/CD is laid out in an easy format with small chunks of code and a smaller backlog, those issues are much easier to locate and repair. Even system updates that were implemented several months prior are integrated into the current system through CI/CD and could suffer issues that affect the current system code. That is why the concise layout of code that CI/CD uses is so valuable when looking through old code to maintain the system your developers have built.

Of course, this maintenance may have to be done during light traffic hours on your system. Maintenance often causes problems as it is being done which can lead to a slower and worse customer experience which is why it is so important that CI/CD makes it easy and quick to maintain your system. This way you can do maintenance during low traffic hours and do it quickly enough that very few or even no customers will be affected by the updates and problem-solving.

CI/CD is a system that was created to make life easier for developers. It allows for quicker system updates, easier problem solving, better customer experience, and faster input and output of new systems than ever before. These valuable benefits make CI/CD an amazing tool to add efficiency to your business and increase your bottom line.